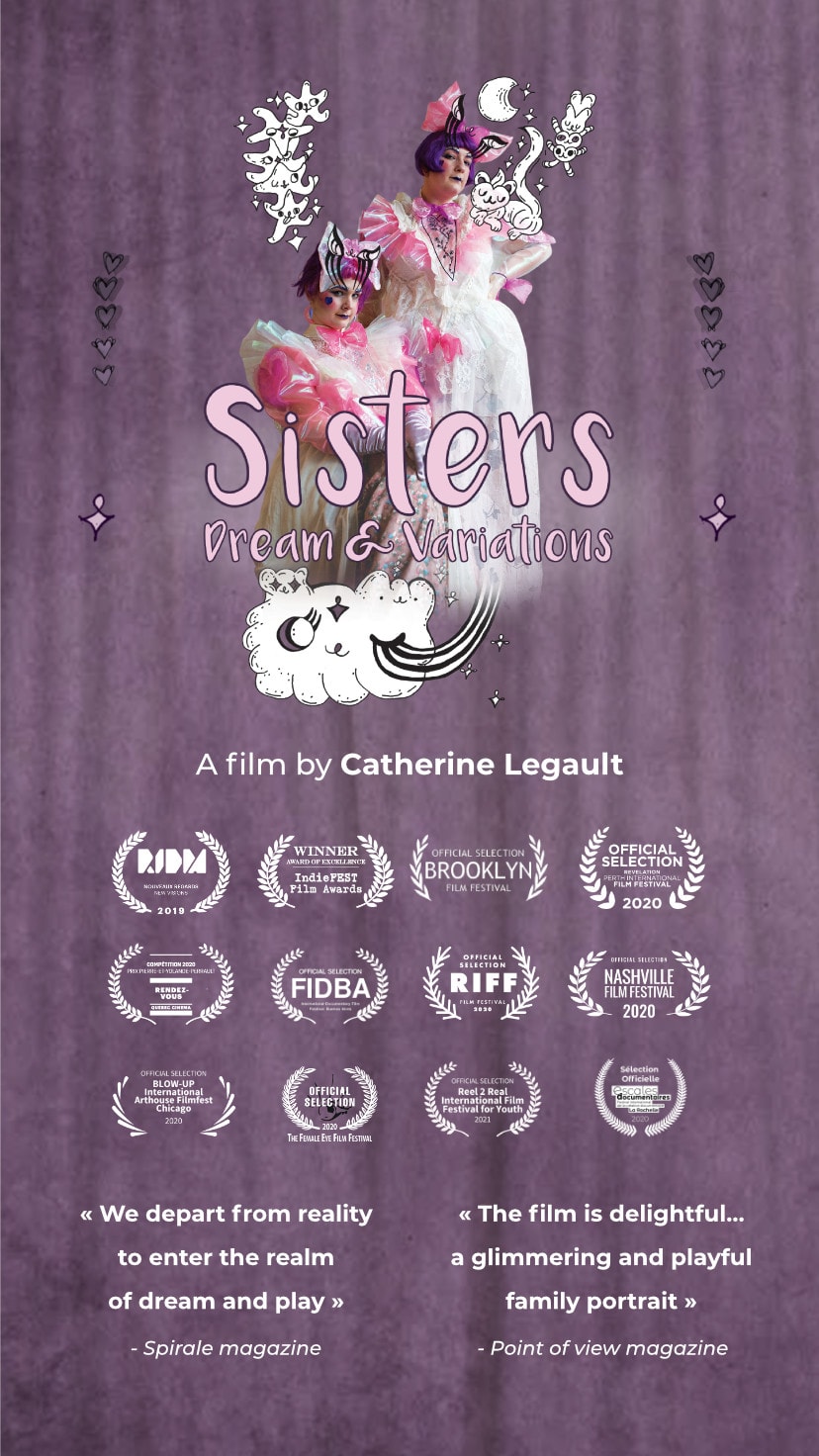 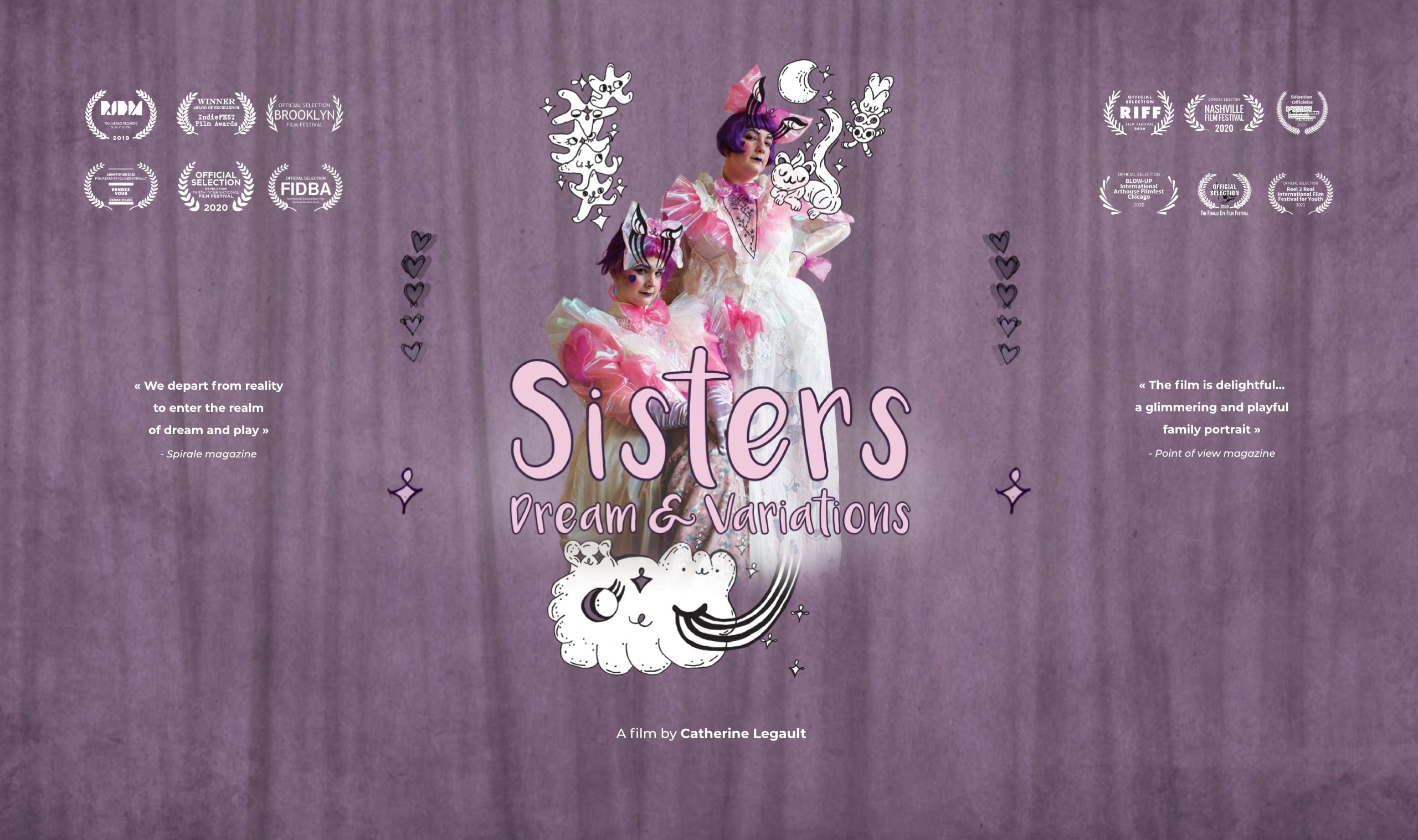 Tyr and Jasa grew up in an artistic household where art was a way of life. Quirky and insightful sisters, Tyr is a musician and singer while Jasa is an interdisciplinary artist. Inspired by their great-grandmother’s recordings of Icelandic folk songs, they have developed artistic practices that draw on their colourful imaginations and Icelandic roots. Their exploration leads them to journey to Iceland for the first time and collaborate on a project that brings together their artistic disciplines and cultural heritage. In her debut feature film Sisters: Dream & Variations, Catherine Legault immerses us in an oneiric world made up of animation, performances and cinema vérité. More than a portrait, the film is an inspiring look at the artistic approach, its various forms and how it can simultaneously express and explore who we are. 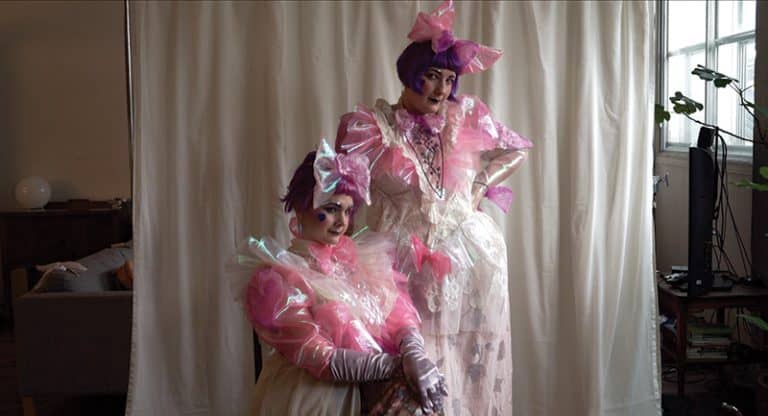 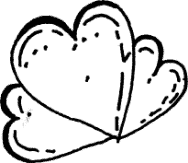 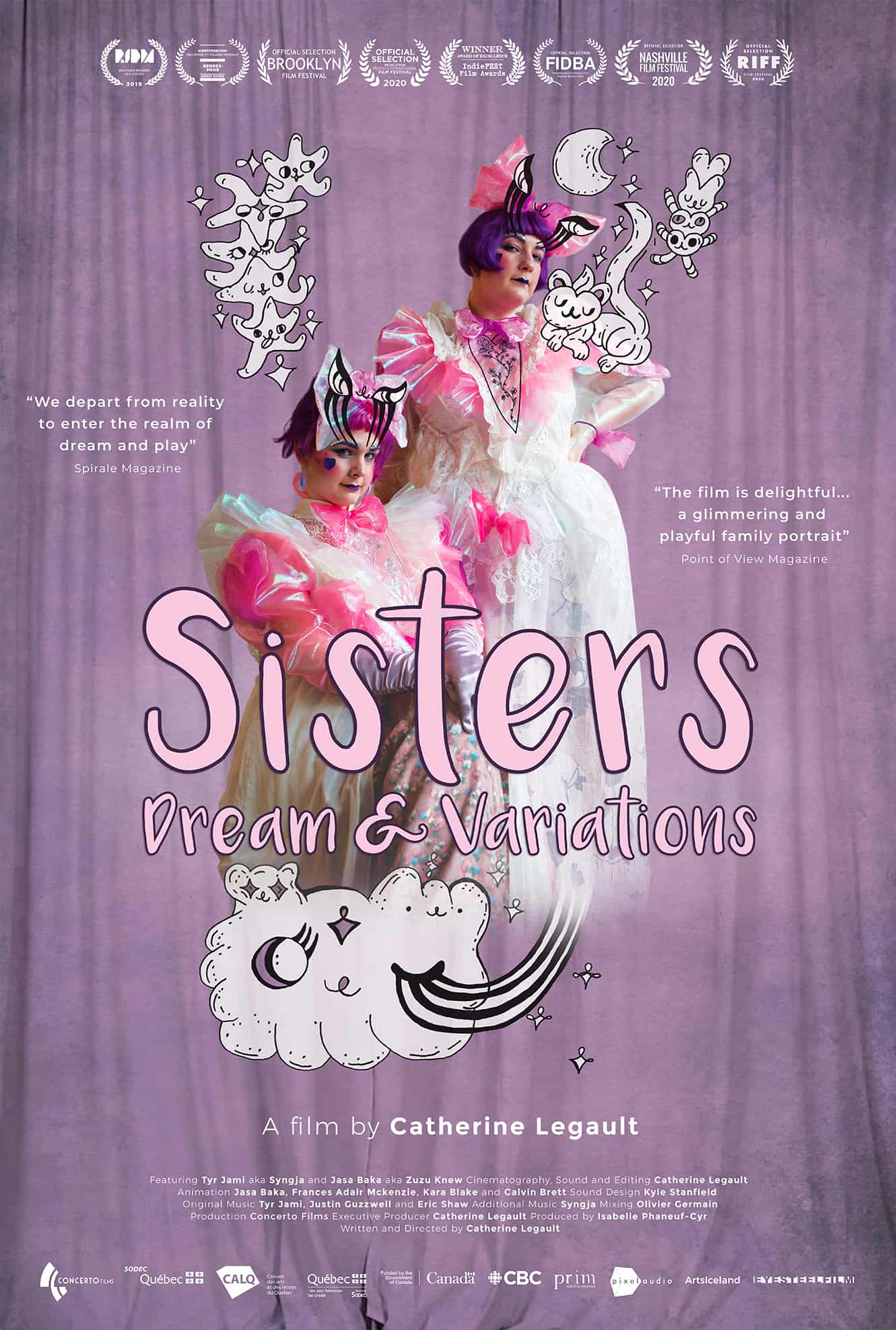 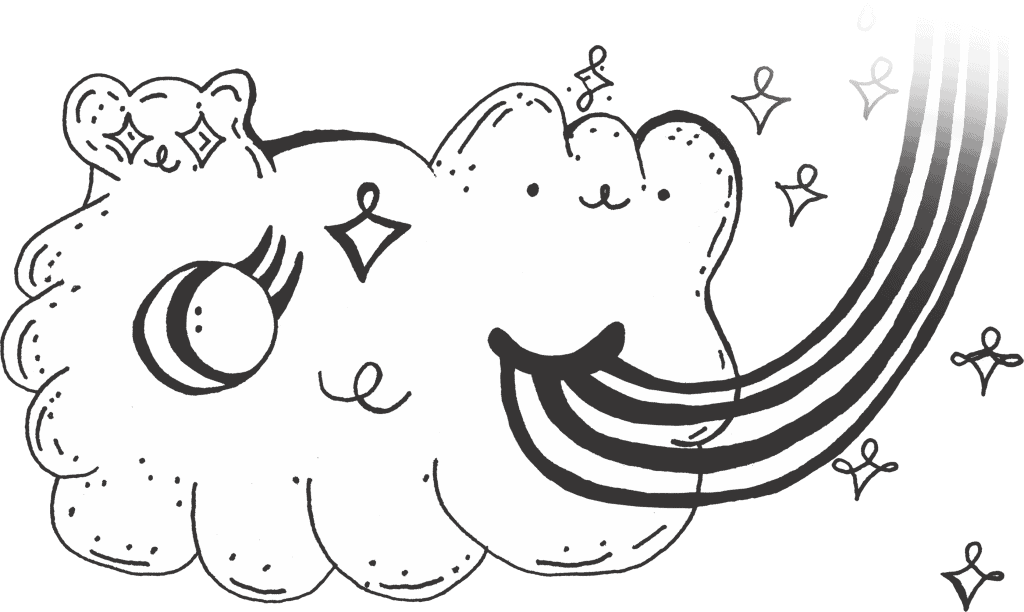 Additional Music:
Syngja and The Winks 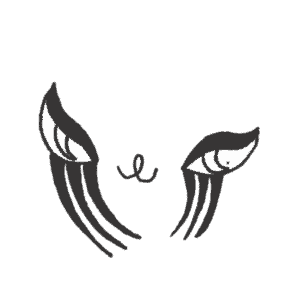 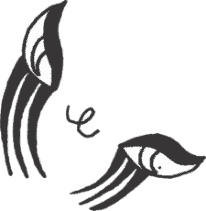 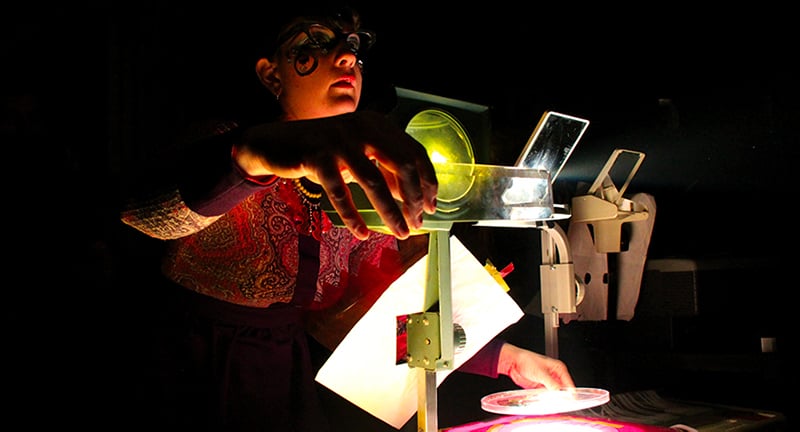 “I know that there is energy around us that we can’t see but you can feel it if you pay attention. You have to let it be alive first and then you kind of capture it and form it.”

Ever since she was little, Jasa has been a keen designer and loved creating fantastical dresses. Also known as Zuzu Knew, Jasa is an interdisciplinary artist who brings together costumes, drawings, overhead projections, prism imageries, and set designs in her installations and live performances. When Jasa is creating visuals for the musical project Syngja, she plays an overhead projector like a light organ, using analogue techniques to create atmospheric compositions. Her work is a particular breed of magic realism that explores where the subconscious and conscious meet. She now lives in Reykjavik, where she is doing her MA in Fine Arts at the Iceland University of the Arts (Lístaháskolí Íslands). She was a key collaborator on the original animations for the film Sisters: Dream & Variations. 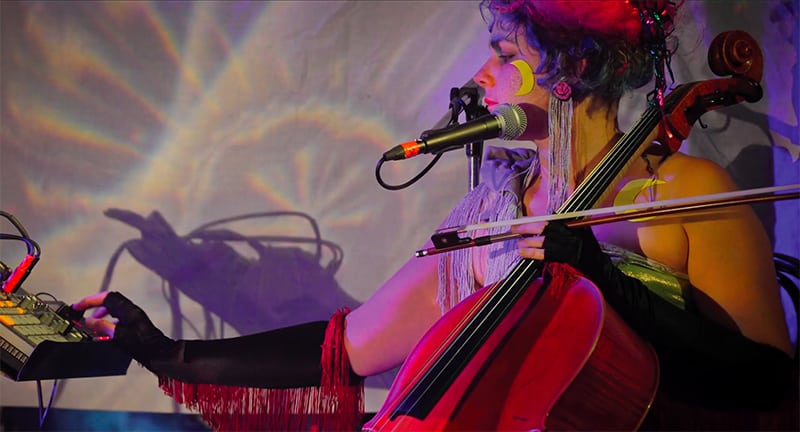 “Art is something that’s outside of yourself. (...) So it’s not about you when you’re performing but it’s about the music and you’re just a medium or a conduit of that.”

Music has been Tyr’s passion ever since she started playing the cello at age seven. While classically trained, she has experimented over the years with different styles (The Winks, Gutstrings), and has a loyal fan base. Today, her band Syngja (“to sing” in Icelandic), makes psychedelic electro-acoustic pop inspired by her great-grandmother’s recordings of Icelandic folk songs. Her sound is melancholic, dreamlike and at times playful. A cello teacher for the last 15 years, she recently opened a music school, La Tour Prisme, with her partner Justin Guzzwell. She co-composed, with Justin Guzzwell and Eric Shaw, the original music for the film Sisters: Dream & Variations. 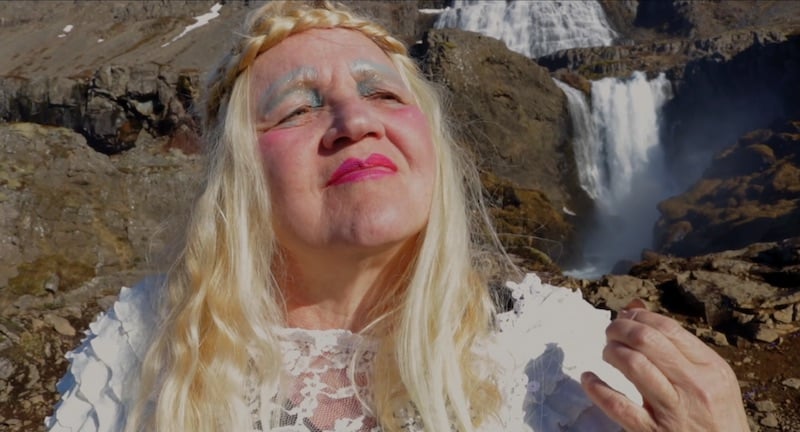 “A lot of my work, not so much my stone sculptures but my installations are about place and memory. So that, in itself, is passing down the experience.”

Debora is Tyr and Jasa’s mother. She is an accomplished and prolific conceptual visual artist and intermedia artist. Her sculptures, installations, drawings and writing have a poetic sensibility that explores disparate thoughts. She explores the multidimensionality of space and time and challenges conventional material use. She collaborated with her daughters on the project New Spring, performing as the Mountain Queen. She is currently studying at Concordia University, developing VR and 3D prints projects. 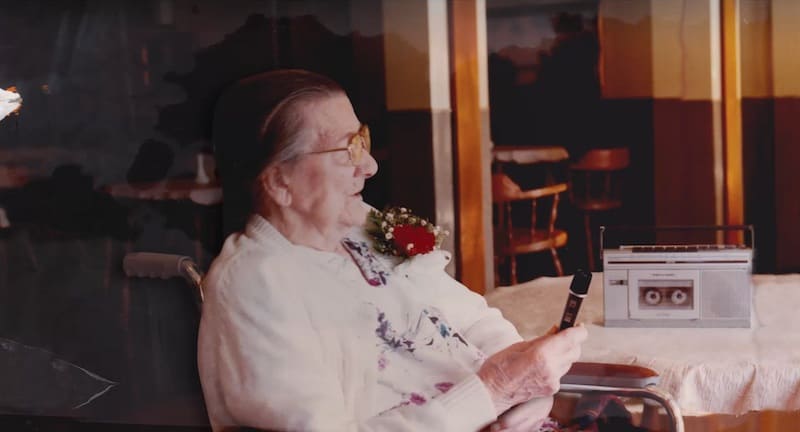 Ingibjorg Johnson Guðmundsdóttir was born in Iceland in 1891. When she was 33, she immigrated to Selkirk, Manitoba, with her husband. Singing was a huge part of her life, something she did casually but daily as a way to evoke memories of her homeland. She believed that singing had healing properties. In her 90s, while at the nursing home, she would often perform for the other residents. When Vigdís Finnbogadóttir, the former president of Iceland, visited Selkirk in 1989, Ingibjorg was chosen as the care home representative to sing for her. Her favorite pastime was recording audio letters for her family. In the past decade, she has been featured on many Syngja recordings, as well as in the performance New Spring. 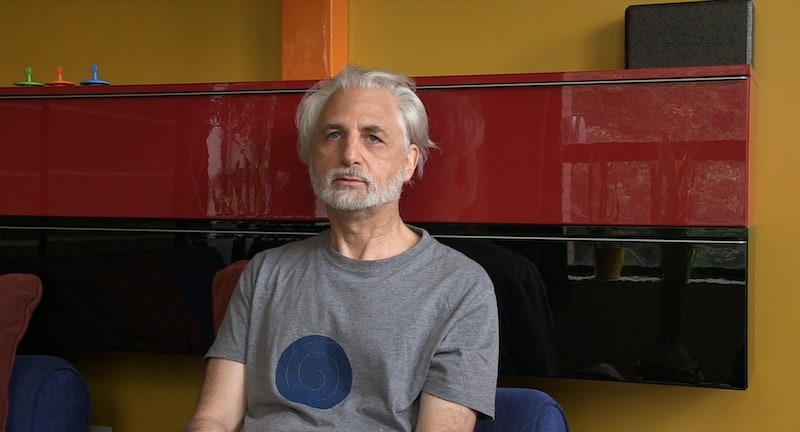 " Home is a metaphysical place that’s always calling, that always has a pulse, like a heartbeat. So we can understand existence and art only in relation to that place, that pulse. "

James K-M is Tyr and Jasa’s father. A Vancouver visual artist, his work is abstract, geometric and metaphysical. He also creates digital paintings and exhibits innovative interactive works worldwide. James is an inspiring educator and taught creative process, media literacy and digital media production for many years. He has taken on the role of artistic mentor to his daughters and encourages them to thrive in their own practice. He was working on his most recent solo exhibition, Pyramids, during the filming of Sisters: Dream & Variations. 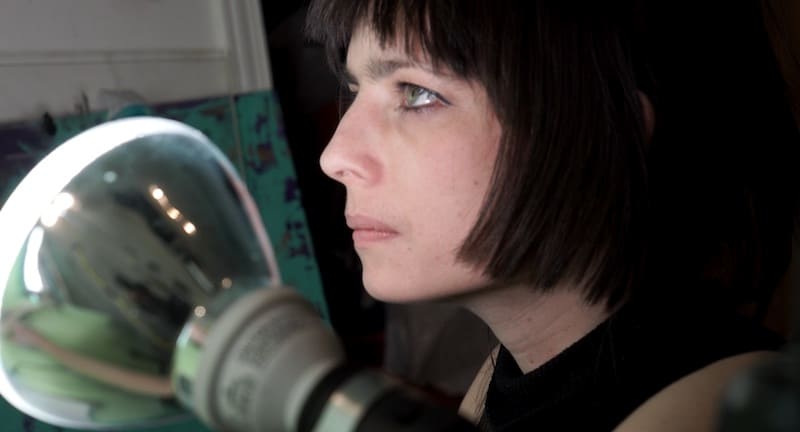 A long time collaborator of both Jasa Baka and Tyr Jami (Party Like 1699, New Spring), Frances Adair Mckenzie is a Montreal-based interdisciplinary artist. In her video installations, sculptures and animations, she combines genres and technologies to invoke the construction of fantastical internal and external worlds.  Frances worked on the original animations and motion-design for the film Sisters: Dream & Variations. 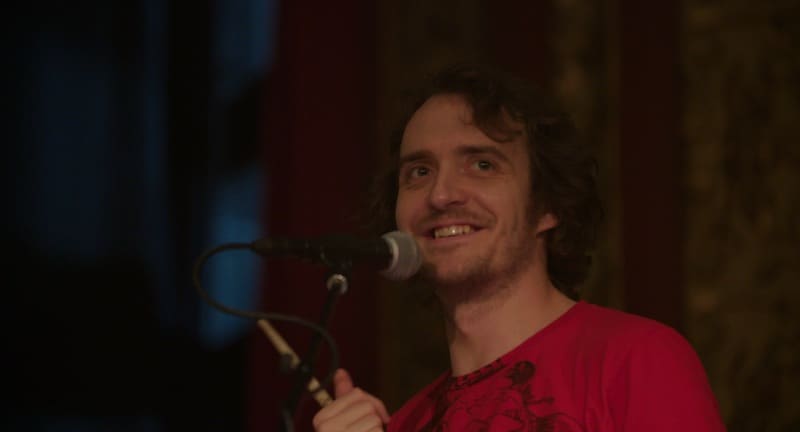 Justin Guzzwell is Tyr Jami’s closest collaborator, infusing Syngja’s music with his drum beats, analog synths and vocal harmonies. He also teaches piano at their music school, La Tour Prisme. In his self-produced albums, he blends classical technique with experimental harmonic language and incandescent vocal styles. He was a musical collaborator on the project New Spring. He co-composed, with Tyr Jami and Eric Shaw, the original music for the film Sisters: Dream & Variations. 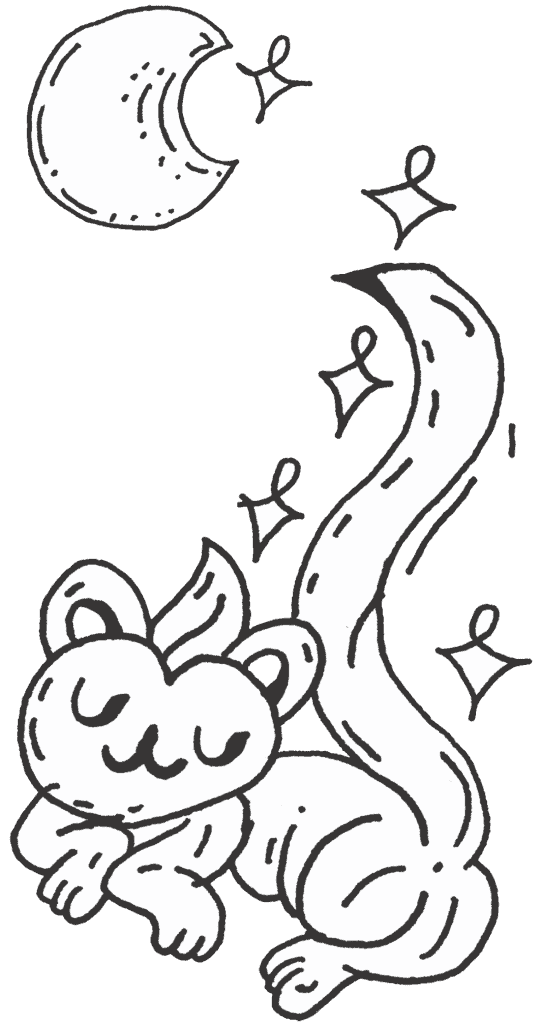 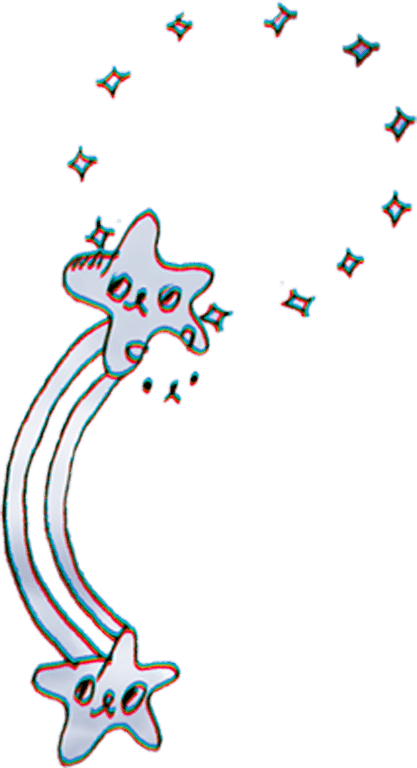 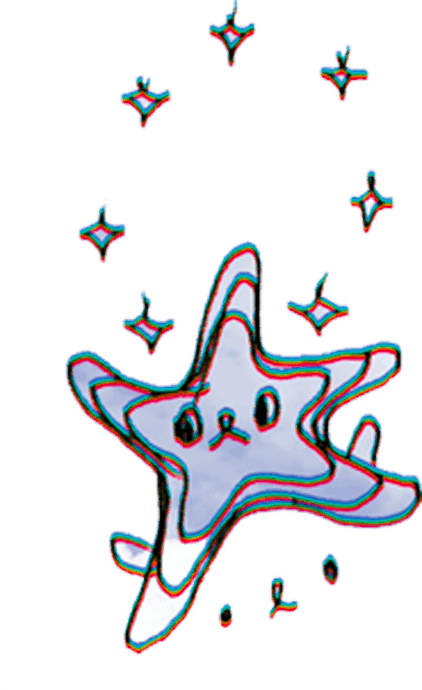 Catherine Legault is a filmmaker and an award-winning documentary film editor. Her editing skills bring fluidity and structural sophistication to projects layering different levels of meaning throughout. She graduated from Film Production at Concordia University’s Mel Hoppenheim School of Cinema. Over the past 15 years, she has worked on several award-winning films that have screened internationally in theatres, festivals, and on television. In 2017, she received an Iris award for Best Documentary Editing on Family Demolition. In 2019, she was nominated again for Serge Giguère’s last film, My Mother’s Letters. She was also awarded a Gemeaux for 21 jours, in 2017, and Ma caravane au Québec, in 2013. Her collaborations have included PilgrIMAGE, by Peter Wintonick and Mira Burt-Wintonick, Mort subite d’un homme-théâtre, by Jean-Claude Coulbois, Family Demolition by Patrick Damien, Rebels on Pointe, by Bobbi Jo Hart, My Mother’s Letters, by Serge Giguère, and most recently, FANNY: The Right to Rock, by Bobbi Jo Hart. In 2016, Catherine founded Concerto Films. Sisters: Dream & Variations is her first feature documentary as a director. 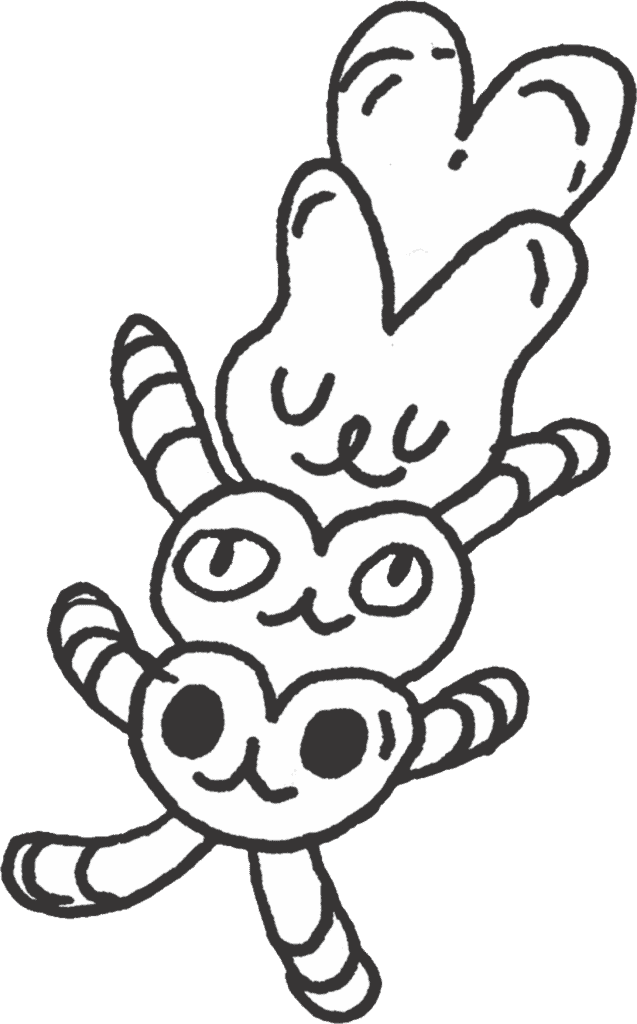 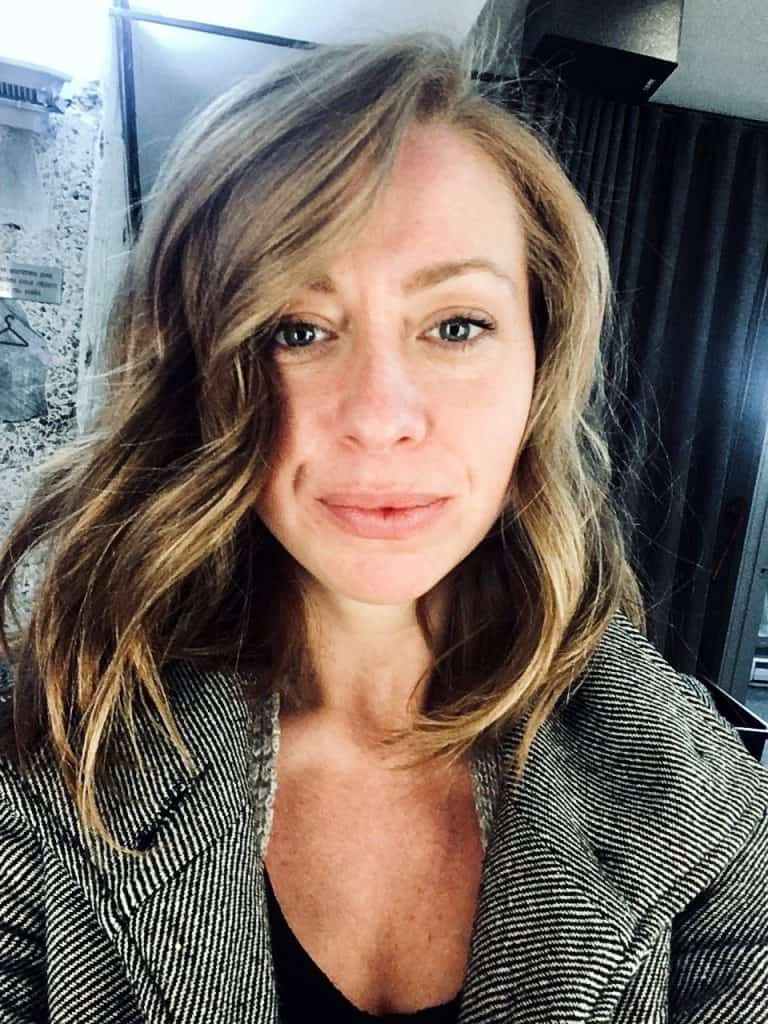 Isabelle Phaneuf-Cyr is co-founder of the Montreal-based production company FIZ Studio. She has 15 years of experience in the development of varied content, including corporate, advertising, documentary and animation. Her university education in advertising and communications (Université de Montréal), and in screenwriting (UQAM) enabled her to quickly develop within the largest media groups in Quebec (Astral and Quebecor). She has worked with a number of clients from different backgrounds, as well as with numerous communications agencies in Canada and the United States. Isabelle brings her extensive artistic and technical know-how to all her productions. Her curiosity and interpersonal skills allow her to excel in her work. In 2016, Isabelle teamed-up with Concerto Films to produce Sisters: Dream & Variations 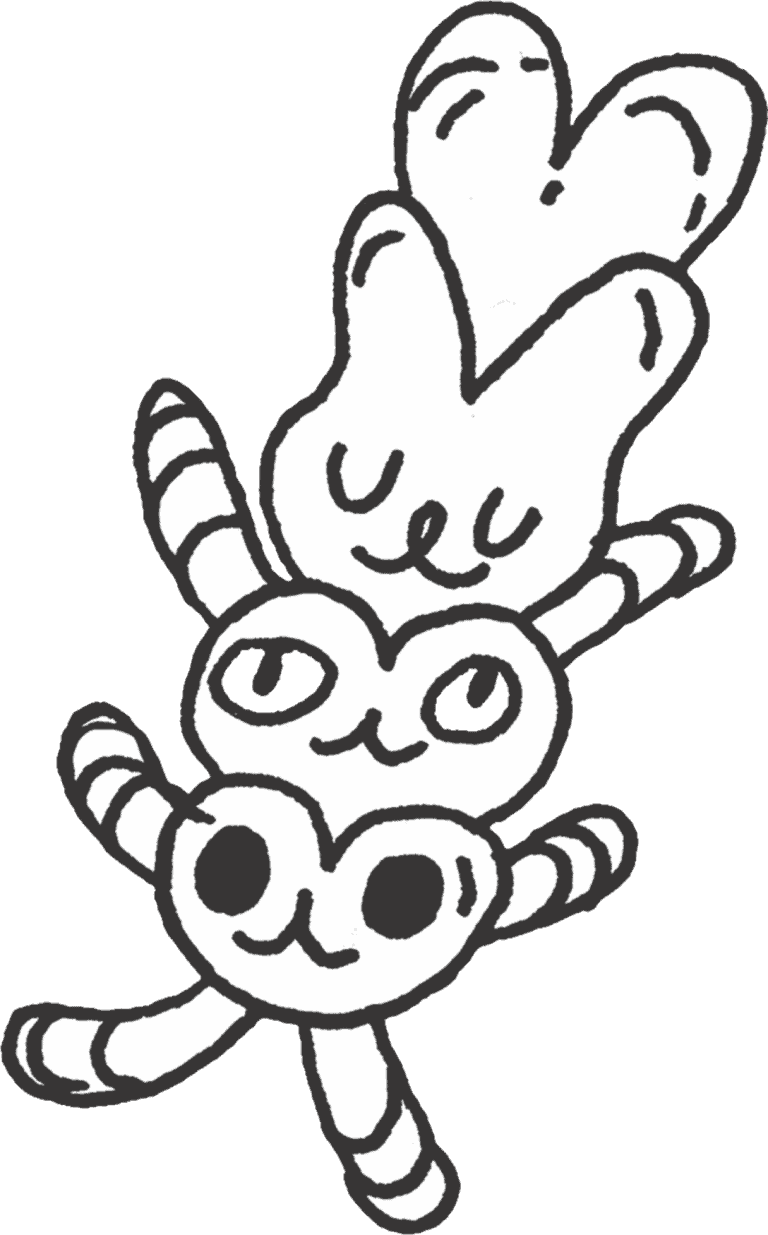